Available once again, the definitive biography of the pioneering Black performer-the first nominated for a Best Actress Academy Award-who broke new ground in Hollywood and helped transform American society in the years before Civil Rights movement-a remarkable woman of her time who also transcended it. "An ambitious, rigorously researched account of the long-ignored film star and chanteuse. . . . Bogle has fashioned a resonant history of a bygone era in Hollywood and passionately documented the contribution of one of its most dazzling and complex performers."-New York Times Book Review In the segregated world of 1950s America, few celebrities were as talented, beautiful, glamorous, and ultimately influential as Dorothy Dandridge. Universally admired, she was Hollywood's first full-fledged Black movie star. Film historian Donald Bogle offers a panoramic portrait of Dorothy Dandridge's extraordinary and ultimately tragic life and career, from her early years as a child performer in Cleveland, to her rise as a nightclub headliner and movie star, to her heartbreaking death at 42. Bogle reveals how this exceptionally talented and intensely ambitious entertainer broke down racial barriers by integrating some of America's hottest nightclubs and broke through Tinseltown's glass ceiling. Along with her smash appearances at venues such as Harlem's famed Cotton Club, Dorothy starred in numerous films, making history with her role in Otto Preminger's Carmen Jones, playing opposite Harry Belafonte. Her performance earned her an Academy Award nomination for Best Actress-the first Oscar nod for a woman of color. But Dorothy's wealth, fame, and success masked a reality fraught with contradiction and illusion. Struggling to find good roles professionally, uncomfortable with her image as a sex goddess, coping with the aftermath of two unhappy marriages and a string of unfulfilling affairs, and overwhelmed with guilt for her disabled daughter, Dorothy found herself emotionally and financially bankrupt-despair that ended in her untimely death. Woven from extensive research and unique interviews, as magnetic as the woman at its heart, Dorothy Dandridge captures this dazzling entertainer in all her complexity: her strength and vulnerability, her joy and her pain, her trials and her triumphs. 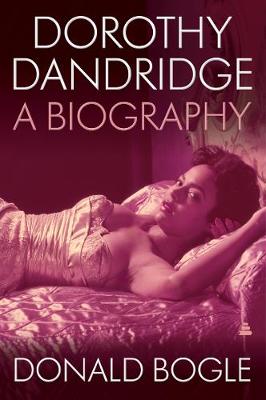 Paperback
Dorothy Dandridge: A Biography also appears in these Categories:

The Art Of Masters Of The Universe Revelation
Mattel
Hardback
€52.50