A Prince and a Spy

In the gripping new spy thriller from the Sunday Times bestselling author of Hitler's Secret, a Cambridge spy must unravel a dangerous mystery that goes all the way to the heart of the Third Reich - and the British Monarchy.

Sweden, 1942 - Two old friends meet. They are cousins. One is Prince George, Duke of Kent, brother of the King of England. The other is Prince Philipp von Hessen, a committed Nazi and close friend of Adolf Hitler.

Days later, the Prince George is killed in a plane crash in the north of Scotland. The official story is that it was an accident - but not everyone is convinced. There is even a suggestion that the Duke's plane was sabotaged.

With no evidence, Cambridge spy Tom Wilde is sent north to investigate. What he discovers will have grave consequences not only for Britain, but for the entire world . . . 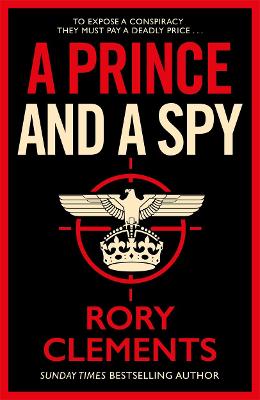 Paperback
A Prince and a Spy also appears in these Categories: