From 6 January 1920 recruiting to the Royal Irish Constabulary (RIC) was extended outside of Ireland to candidates with military experience to supplement the native Irish force, then depleted by massive resignations, suffering IRA attacks and widespread social exclusions.

This new force was called the RIC Special Reserve. By July 1921 a total of 7,683 candidates recruited in Britain (381 Irish-born) had arrived in Ireland. From 3 September 1920 a second and separate group of 2,189 'Temporary Constables' (312 Irish-born) were recruited and attached to the newly-opened headquarters of the motorised division of the RIC at Gormanston Camp in Co. Meath.

A third group known as the Veterans & Drivers Division attached to Gormanston Camp comprising of 1,069 (190 Irish-born) were recruited.

Due to huge volume of recruits being immediately required and arriving in Ireland at such short notice, there was a shortage of complete regular 'rifle-green' RIC uniforms being available, they were fitted initially with ill-fitting khaki trousers and green tunics and vice-versa and collectively by March 1920 gained the title 'Black & Tans 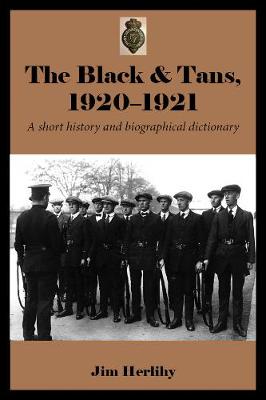