The Double - How Cork Made GAA History

On the 16th of September 1990, Cork's footballers ran out on the Croke Park pitch chasing immortality. The Rebel county hurlers, watching on from the Hogan stand in suits, had won an unlikely All-Ireland a fortnight earlier, their thrilling final victory over Galway capped a hugely fun come-from-nowhere season. Now, if Billy Morgan's footballers could overcome their rivals in Meath, they'd secure sporting history for the county, a senior All-Ireland double of titles. It's an achievement that hadn't been made in a century and hasn't been matched since.

After hitting a historically low ebb the previous year, the hurlers arrived with a bang led by a hurling fanatic priest. Fr Michael O'Brien built a team by plucking players from relative obscurity, coaking old stars back into action and trusting young guns to make a name for themselves.


Billy Morgan's footballers, meanwhile, were a tight-knit, well-travelled side by the summer of 1990. A cast of strong characters like Larry Tompkins, Niall Cahalane and Dave Barry - who trained hard and partied as hard, they ended Kerry football's dynasty before running into the Meath machine. Defending champions in 1990, questions remained; could they back it up when the pressure was piled on by the hurlers' success and they faced, once again, their arch rivals in the championship showpiece? In a long summer that saw the nation celebrate Ireland's Italia '90 success, Cork made its own sporting history. The Double is the story of how they pulled it off. 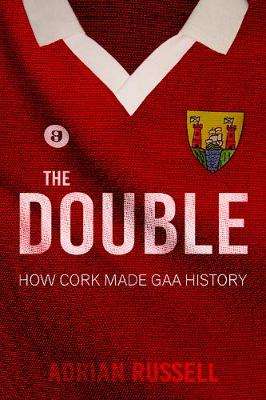 20% offPaperback
The Double - How Cork Made GAA History also appears in these Categories:

21% off
Treble Triumph: My Inside Story of Manchester City's Greatest-ever Season
Vincent Kompany
€19.76