The Sound of Things Falling

Winner of the IMPAC International Dublin Literary Award for 2014.

No sooner does he get to know Ricardo Laverde in a seedy billiard hall in Bogota than Antonio Yammara realises that the ex-pilot has a secret. Antonio's fascination with his new friend's life grows until the day Ricardo receives a mysterious, unmarked cassette. Shortly afterwards, he is shot dead on a street corner. Yammara's investigation into what happened leads back to the early 1960s, marijuana smuggling and a time before the cocaine trade trapped Colombia in a living nightmare. 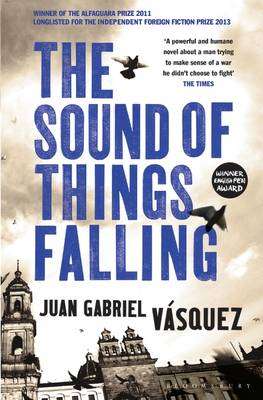 Paperback
The Sound of Things Falling also appears in these Categories:

Lincoln in the Bardo
George Saunders
€11.25