A history play alternating between the high drama of court life and the earthy comedy of the Boar's Head Tavern in Eastcheap, William Shakespeare's Henry IV Part I is a masterful drama of a prodigal son rising to meet his destiny. This Penguin Shakespeare edition is edited by Peter Davison with an introduction by Charles Edelman. 'Uneasy lies the head that wears a crown'. Prince Hal, the son of King Henry IV, spends his time in idle pleasure with dissolute friends, among them the roguish Sir John Falstaff. But when the kingdom is threatened by the rebellious Earls of Northumberland and Worcester, and their allies, the fiery Welsh mystic Owen Glendower and the Scottish Earl of Douglas, the prince must abandon his reckless ways. Taking arms against his opposite number, the volatile young Harry 'Hotspur' Percy, he begins a great and compelling transformation - from irresponsible reprobate to noble ruler of men. This book contains a general introduction to Shakespeare's life and Elizabethan theatre, a separate introduction to Henry IV Part I, a chronology, suggestions for further reading, an essay discussing performance options on both stage and screen, and a commentary. William Shakespeare (1564-1616) was born to John Shakespeare and Mary Arden some time in late April 1564 in Stratford-upon-Avon. He wrote about 38 plays (the precise number is uncertain), many of which are regarded as the most exceptional works of drama ever produced, including Romeo and Juliet (1595), Henry V (1599), Hamlet (1601), Othello (1604), King Lear (1606) and Macbeth (1606), as well as a collection of 154 sonnets, which number among the most profound and influential love-poetry in English. If you enjoyed Henry IV Part I, you might like Henry IV Part II, also available in Penguin Shakespeare. "The finest, most representative instance of what Shakespeare can do." (Harold Bloom). 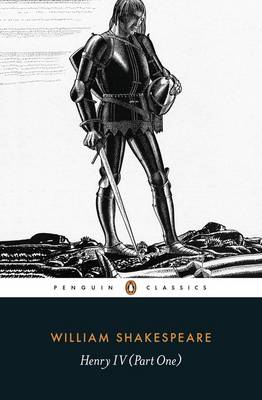 20% offPaperback
Henry IV: Part One also appears in these Categories:

20% off
Heart of Darkness and Other Tales
Joseph Conrad
Paperback
€6.00

20% off
The Snows of Kilimanjaro
Ernest Hemingway
Paperback
€9.00